Finding the right bolt for the job can be a time-consuming process. However, with some careful planning up front, you can ensure you have the perfect fit when ordering your fasteners.

Choosing the correct bolt size for any project requires thinking critically about the length of the thread. If you choose too large a thread size, the fasteners will come apart or loosen. However, choosing too small a thread size means they will not hold up to stress.

There are a lot of factors to consider when choosing the right bolt for your project. We’re going to walk you through everything you need to know so you can order the perfect fit - every time.

To ensure you are utilizing the correct fastener, you’ll need to understand 4 key concepts.

When searching for your parts, you’ll come across two different types of bolts. The first type uses the metric system. The second is based on the American standard of imperial units. The differences might seem subtle, but basing your measurements on the wrong system can lead to major headaches down the road.

Here’s what you need to know about each:

Knowing how your prospective bolts are measured is the first step in ordering the perfect part for your project.

Once you’ve chosen metric or imperial, it’s time to dig in and start measuring the bolts.

The size of a metric bolt is determined in millimeters using its:

Shank Diameters range from M1 to M100 (and sometimes even greater), though the vast majority of stocked diameters are between M4 and M42.

Some diameters are referred to as 2nd or 3rd preference class. This means that they are relatively rare or non-standard diameters.

Shank Length measurement depends on whether the bolt is designed to be countersunk or sit above the surface. It measures how far into the material the fastener is intended to go. Understanding what is needed for the finished project is crucial in determining the Shank Length needed.

If the bolt head is meant to sit above the surface, the measurement is from the underside of the head to the bottom of the bolt.

However, if the bolt head is intended to be countersunk, the measurement takes in the entire length of the screw.

While imperial fasteners typically use thread count, metric bolt measurement uses pitch. Thread Pitch is measured in millimeters by the distance between each thread.

Many metric bolt measurements fail to include the thread pitch. They can appear as M8 X 40. If no pitch is specified, this means the bolt thread is coarse.

Our example above of M8 x 40 has a diameter of 8mm and a length of 40mm. Without the thread pitch being specified, the account manager will assume that coarse thread is required, therefore the customer is looking for a M8 - 1.25 X 40 bolt, as 1.25mm is the standard coarse thread pitch for the M8 diameter.

Generally, if the thread pitch is included, the account manager will check to see if the required thread pitch is coarse or fine thread. For example, if a customer requests a M8 - 1.0 X 40 bolt, then the customer is looking for a fine thread version of that bolt. The thread pitch could not be omitted in this case, because it is a defining requirement for that fastener.

While different standardizations, such as DIN, ISO, and JIS, may or may not require different dimensions for their respective bolts, the measuring of the bolts is generally the same, with only very few exceptions. The rare exceptions generally only affect how they are defined and not necessarily a change in the dimensions themselves. This is clearly seen in some pins.

Some bolts have special features that can be required for proper sourcing. For example, hex head cap screws have a hexagon above the shank. The head itself is often measured by the WAF (width across the flats - the width across the head from one side to the adjacent side).

WAF can actually differ between standardizations, such as between DIN 933 and ISO 4017. At most sizes, there is no difference, but at the M10, M12, M14, and M22 sizes, the WAF is actually slightly different, which can affect its usefulness in some applications. 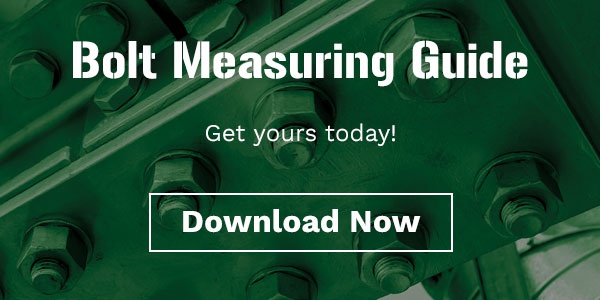 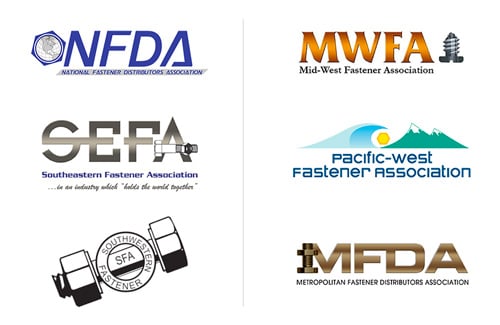